The ANCHOR STUDIOS are located in the Lixouri region at the west side of Kefalonia.

Lixouri is one of two big cities on the island. It was first mentioned as Lixari in 1534, in a complaining document to the English senate.

Two destructive earthquakes, the first in 1867 and the other in 1953, totally destroyed the town of Lixouri. The present town was rebuilt at the same place but it has certainly lost a lot of its original traditional characteristics.
Before the earthquakes, Lixouri was a town with narrow streets, tall church
towers and numerous churches.

In the center of the town there is an imposing building called Markato
which was built by the English in 1824.
There are many squares, sculptures, monuments and streets planted with trees. Nowadays, Lixouri is an excellent organized, powerful, energetic Municipality.

Lixouri is on a part of the Island which stands away from the mountain range of Aenos that cover the rest of the island.
These mountains are well-formed with low hills, plain country, long sandy beaches and natural little rivers.

Wherever you stand, the horizon is in front of you, your eye-sight isn’t
limited, and your soul isn’t captured. Perhaps, that is the reason why the
inhabitants of Lixouri are a little bit “peculiar”, full of joy, vividness and
The inclination to literature and the arts. 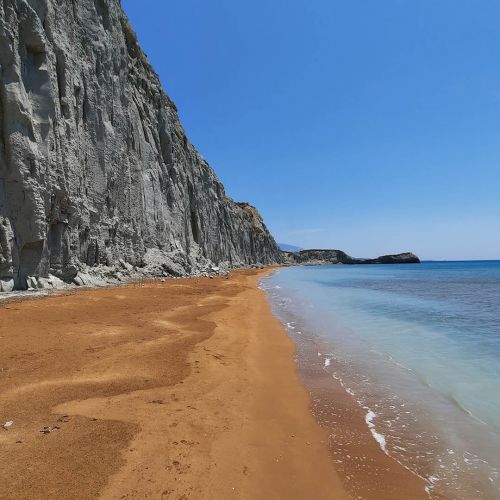 This is one of the largest beaches in Cephalonia, has 5 km length and it is found in the south part of the island.

This beach which is south of Lixouri, has red sand a dark coloured rock in the middle. 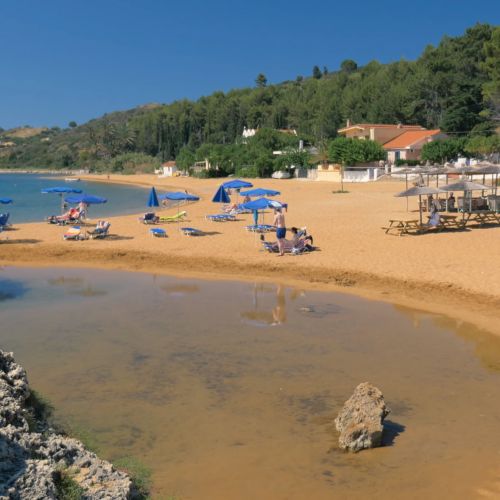 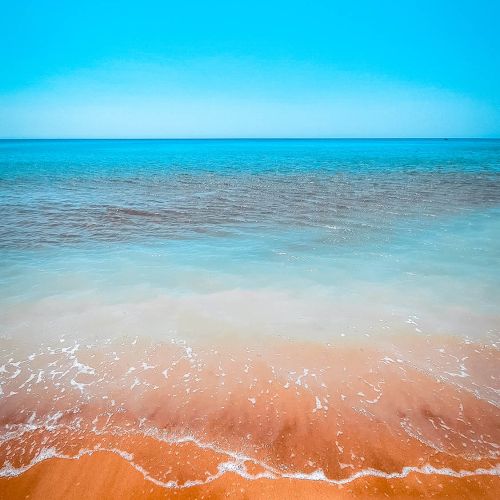 It is a well organised beach which is also honoured with the blue flag by the Hellenic Company of the protection of nature. This beach is next to “Megas Lakos” beach.

This is one of the largest and most beautiful beaches of the island. The white sand and the deep blue sea make this beach the ideal place for those who like scuba-diving. 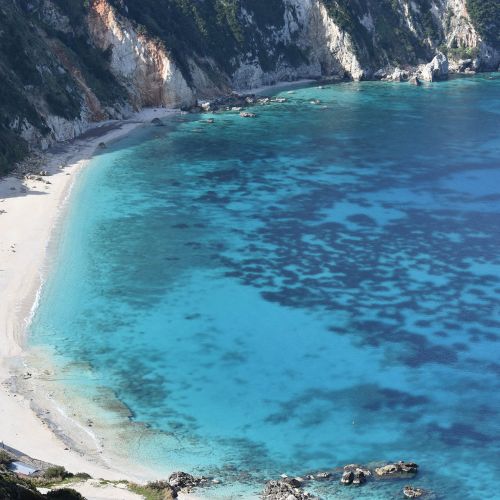 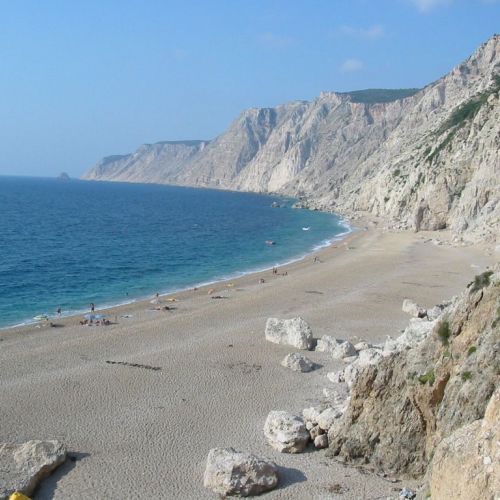 After you visit at the Monastery of Kipouria and on your way to Kaminarata, you will find a long, lovely beach called Platia Ammos.

Pay a visit to the chapel of St. Marina in Soullaroi. The church was built in 1600 and has been named a Byzantine Monument. 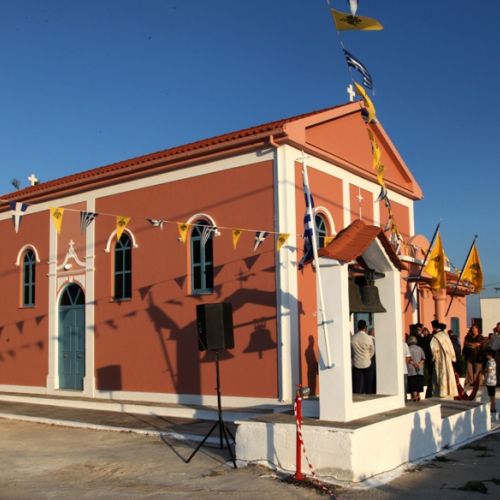 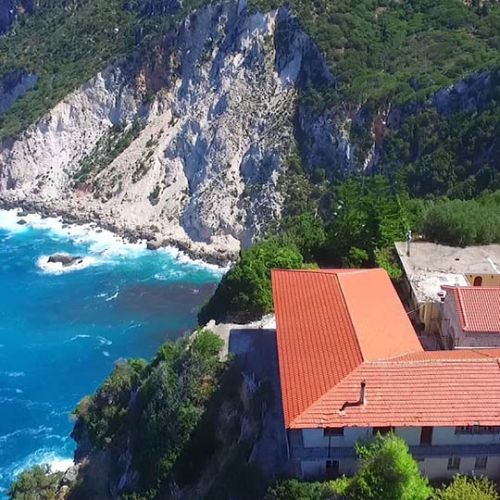 Kipouria Monastery was built in 1759. The monastery celebrates on the 25th of March and the 14th of September.

Kounopetra is a large boulder by the shore which presents an endless swaying movement. This phenomenon is due to the unstable arrangement of the bedrock at the base of the boulder. Kounopetra is located in the Akrotiri area. 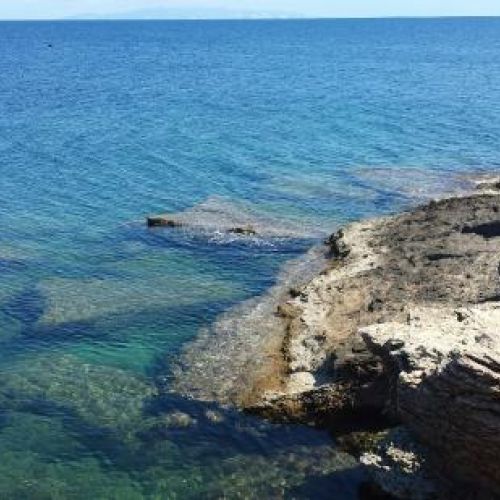 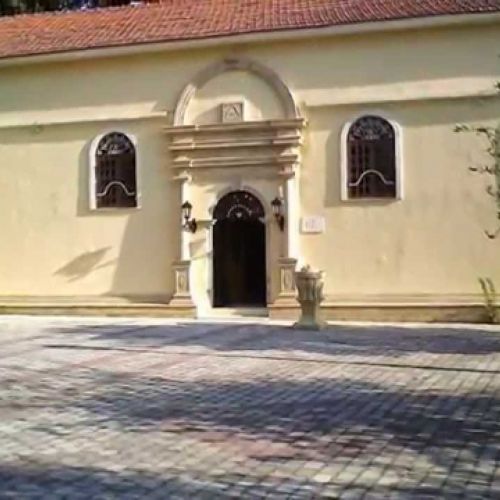 Kehrionas is in the north of Lixouri at the location known as Karavostasi. The monastery hosts the miraculous icon of Panagia (Virgin Mary) Kehrionotissa.

Paliki or Pali was named after Palea or Pilea, one of the four sons of the legendary king of Cephalonia, Kefalo.In 479 B.C. (according to Herodotus) 200 Pallis-men participated in the great of fight of Plateon.

In 434 B.C. during the Peloponnesean war, four ships from Palli fought with the Corinthians, against the inhabitants of Corfu.

In 218 B.C., Philip, the king of Macedonia, made an expedition against Palli but he failed to take possesion of it as the navy and the city walls of Palli were remarkable.

Finally, in 1483-1485, the English took possession of Cephalonia. Lixouri, the main city of Paliki, appeared as a town at the beginning of the 16th century