The Kounopetra of Kefalonia island, also known as the 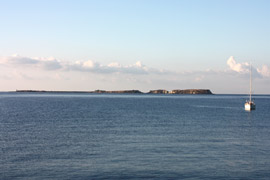 “stone that moves”, is a natural phenomenon of its kind that is unique worldwide.
The Kounopetra consists of alarge flat-shaped rock that comes just from the sea and is located in the west of Kefalonia, opposite the village of Manzavinata.
This stone is known because it has never been stopped in the same place and the same position, precisely because of its rhythmic and continuous movement was already known to the inhabitants of Cephalonia before 1900.
Since the past has attracted the attention and curiosity of many scientists, so that the distinguished scholar Greek 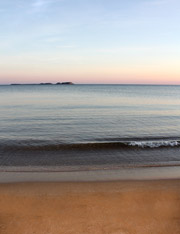 Kostantakatos describes the Kounopetra as follows: “The Kounopetra is a gigantic monolithic rock with a circumference of 20 meters just emerging from the sea and moves constantly from east to west.
The slow move of the rock is visible from the coast, but stationed on it is even possible to hear the vibrations; the Kounopetra moves with a frequency of 20 times per minute.

This amazing rock, which since 1867 has gradually moved away from the coast, has been in the past an attempt by the British navy to tow it away, but has turned into a stalemate.

With the terrible earthquake of 1953 there has been a shift at the base of Kounopetra  that has since taken a
firm stance  “.source http://www.kefalonia-island.gr